It finally feels as if Spring is on it's way and my thoughts have turned to sewing and planting. Last year I grew Maris Bard Potatoes (First Early) but was quite disappointed with them. The haulms flopped and died very early on and they didn't produce that many tubers. This year I've chosen Nicola, a second early from Taylors, which will hopefully do better. For now they are chitting in the kitchen: 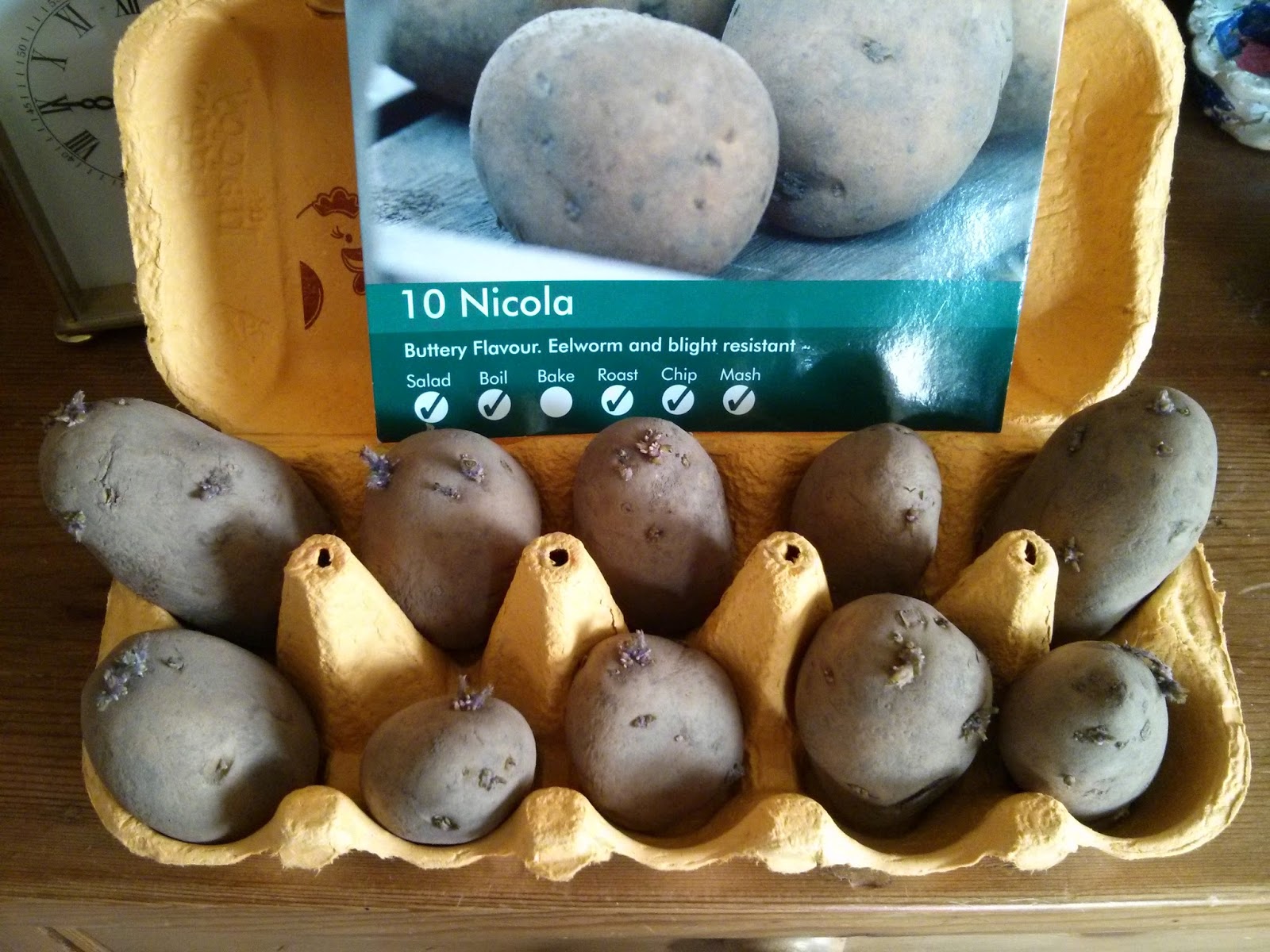 I was given some seeds for Christmas, so I sowed the first of these at the week-end. I've done 3 rows of parsnips, with a row of lettuce in between. My parsnips haven't done so well the last couple of years, so I'm hoping that fresh seeds will do the trick. My the time the parsnips need the space, the lettuce will be coming to end (well that's the theory any-way) 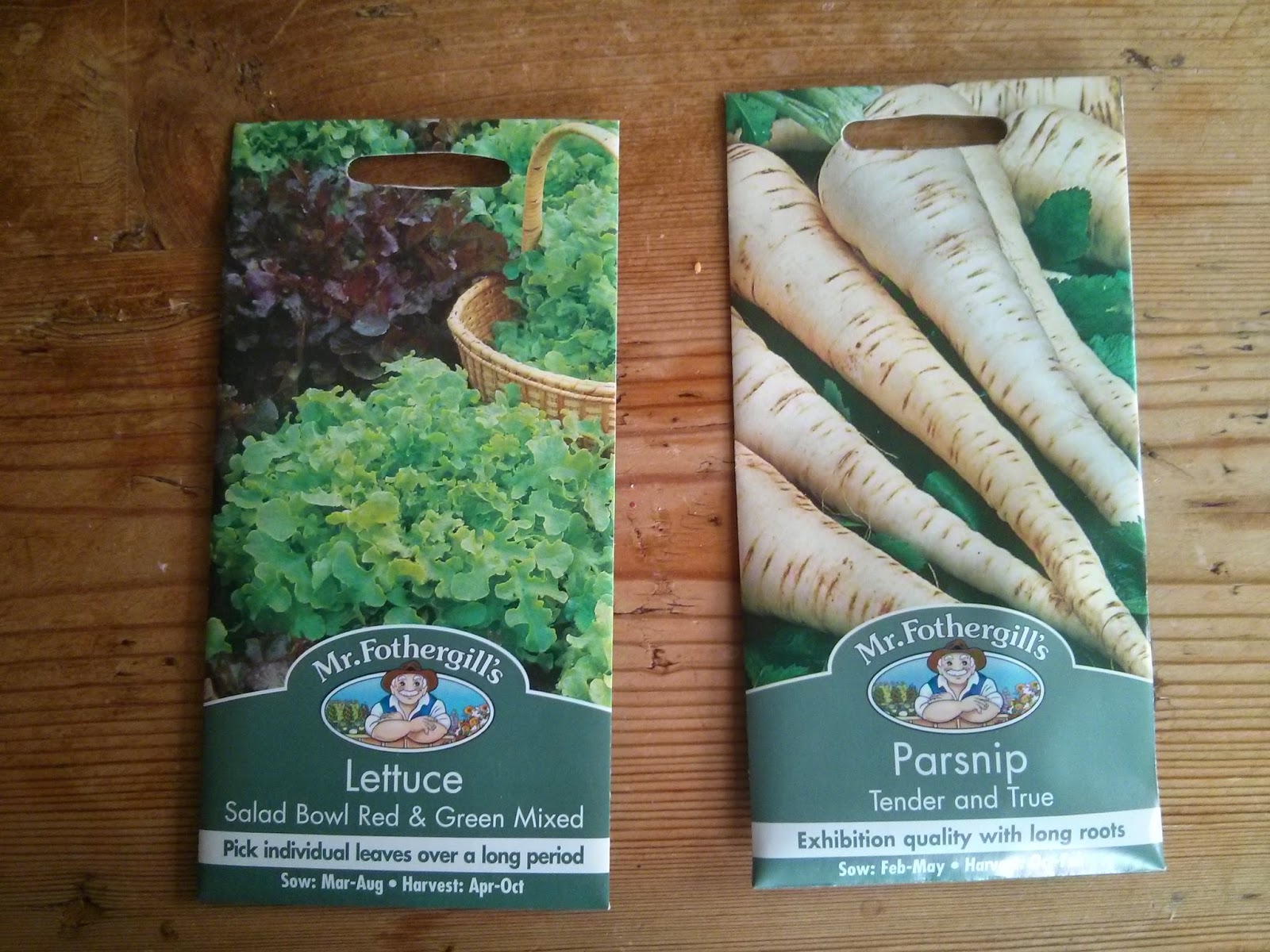 Posted by Catherine at 12:17 PM No comments:

Catherine
I'm a Mum of 2 who works part time and has wanted to grow fruit and veg for years, but don't have time for an allotment. 2012 is the year I have finally taken the plunge and converted my front garden to a veg patch.